Craig Silvey grew up on an orchard in Dwellingup Western Australia. He now lives in Fremantle, where at the age of 19, he wrote his first novel, Rhubarb, published by Fremantle Press in 2004. In 2005, Rhubarb was chosen as the 'One Book' for the Perth International Writers' Festival, and was included in the national Books Alive campaign. Silvey also received a Sydney Morning Herald Best Young Novelist Award. In 2007, Silvey released The World According To Warren, a picture book affectionately starring the guide-dog from Rhubarb. In early 2008, he completed his second novel, Jasper Jones, with the aid of an Australia Council New Work Grant. Outside of literature, Silvey is the singer/songwriter for the band The Nancy Sikes! (Source: Allen & Unwin)

JASPER JONES is a coming of age story about Charlie Bucktin, a bookish boy of 14. On the night that Jasper Jones, the 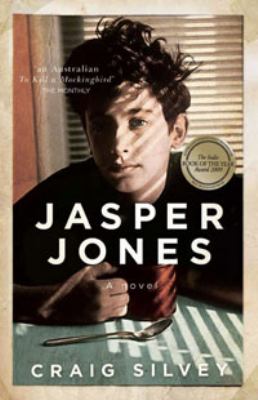 town's mixed race outcast shows him the dead body of young Laura Wishart, Charlie's life is changed forever. Entrusted with this secret and believing Jasper to be innocent, Charlie embarks on a dangerous journey to find the true killer. Set over the scorching summer holidays of 1969, Charlie defeats the local racists, faces the breakup of his parents and falls head over heels in love as he discovers what it means to be truly courageous. (Source: https://www.imdb.com/title/tt5091014/plotsummary)