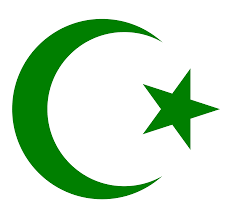 "Islam is a religion that began in Arabia and was revealed to humanity by the Prophet Muhammad. There are no official religious Islam symbols, but several symbols have a special place in Islam.

The star and crescent is the best-known symbol used to represent Islam. The symbol is not Muslim in origin, it was a polytheistic icon adopted during the spread of Islam, and its use today is sometimes controversial in the Muslim world. The crescent and star are often said to be Islamic symbols, but historians say that they were the insignia of the Ottoman Empire, not of Islam as a whole."