Recommended Library Books for this Unit 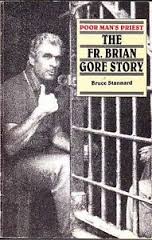 The Role of the Church - Human Rights

The Role of the Government - Human Rights

Conflict Between the Church and State