For this unit, you will be able to choose your own book.  The choices have been outlined for you on the Choose Your Novel page along with some additional information to help with your decision-making.  Choose your favourite, along with a back-up; we only have limited numbers of each book.  You will find more information to help with the study of this unit in the Diary Extracts page 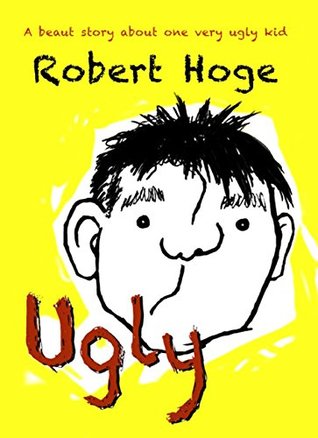 Robert Hoge was born with a tumour in the middle of his face, and legs that weren't much use. There wasn't another baby like him in the whole of Australia, let alone Brisbane. But the rest of his life wasn't so unusual: he had a mum and a dad, brothers and sisters, friends at school and in his street. He had childhood scrapes and days at the beach; fights with his family and trouble with his teachers.

He had doctors, too: lots of doctors who, when he was still very young,removedthattumour from his face and operated on his legs, then stitched him back together. He still looked different, though. He still looked ... ugly.

UGLY is the true story of how an extraordinary boy grew up to have an ordinary life, and how that became his greatest achievement of all. 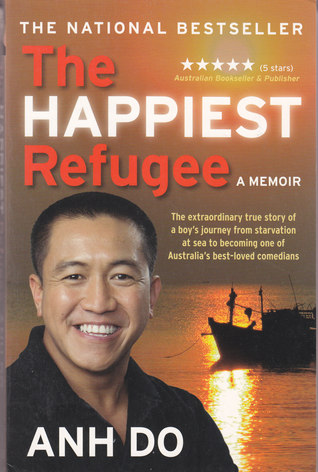 Anh Do nearly didn't make it to Australia. His entire family came close to losing their lives on the sea as they escaped from war-torn Vietnam in an overcrowded boat. But nothing -- not murderous pirates, nor the imminent threat of death by hunger, disease or dehydration as they drifted for days -- could quench their desire to make a better life in the country they had dreamed about. Life in Australia was hard, an endless succession of back-breaking work, crowded rooms, ruthless landlords and make-do everything. But there was a loving extended family, and always friends and play and something to laugh about for Anh, his brother Khoa and their sister Tram. Things got harder when their father left home when Anh was thirteen -- they felt his loss very deeply and their mother struggled to support the family on her own. His mother's sacrifice was an inspiration to Anh and he worked hard during his teenage years to help her make ends meet, also managing to graduate high school and then university.  Another inspiration was the comedian Anh met when he was about to sign on for a 60-hour a week corporate job. Anh asked how many hours he worked. 'Four,' the answer came back, and that was it. He was going to be a comedian! The Happiest Refugee tells the incredible, uplifting and inspiring life story of one of our favourite personalities. Tragedy, humour, heartache and unswerving determination -- a big life with big dreams. Anh's story will move and amuse all who read it. 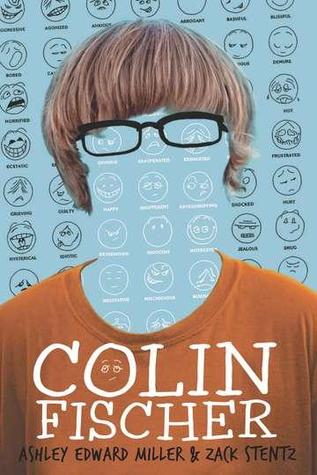 Colin Fischer cannot stand to be touched. He does not like the color blue. He needs index cards to recognize facial expressions. But when a gun is found in the school cafeteria, interrupting a female classmate's birthday celebration, Colin is the only for the investigation. It's up to him to prove that Wayne Connelly, the school bully and Colin's frequent tormenter, didn't bring the gun to school. After all, Wayne didn't have frosting on his hands, and there was white chocolate frosting found on the grip of the smoking gun... Colin Fischer is a modern-day Sherlock Holmes, and his story--as told by the screenwriters of X-Men: First Class and Thor--is perfect for readers who have graduated from Encyclopedia Brown and who are ready to consider the greatest mystery of all: what other people are thinking and feeling. 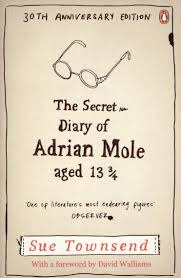 Friday January 2nd I felt rotten today. It's my mother's fault for singing 'My Way' at two o'clock in the morning at the top of the stairs. Just my luck to have a mother like her. There is a chance my parents could be alcoholics. Next year I could be in a children's home. Meet Adrian Mole, a hapless teenager providing an unabashed, pimples-and-all glimpse into adolescent life. Writing candidly about his parents' marital troubles, the dog, his life as a tortured poet and 'misunderstood intellectual', Adrian's painfully honest diary is still hilarious and compelling reading thirty years after it first appeared. 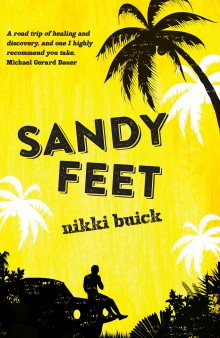 Life was not meant to be easy. It was meant to be a treacherous obstacle course, a cruel gauntlet, and right then I was in the thick of it. Hunter is stuck in a car with his family as they travel up the Queensland coast. It is a trip that his mum thinks will bring the family closer together, especially now that his stepdad and baby brother are part of the mix. But with tension and secrets sizzling beneath the happy family facade, the road trip soon becomes Hunter's worst nightmare. The further away from home he gets the more he can't shake thoughts of the accident that took his dad away from them. Forced out of his comfort zone, Hunter tries to embrace life on the road. Between campsites he parties with friendly backpackers on the beach, has one too many close encounters with wild animals and finally meets a girl who actually understands how he feels. But is it enough to help him deal with the real reason his family set off on their journey in the first place?